The Brave Canadians Honoured by Our Association 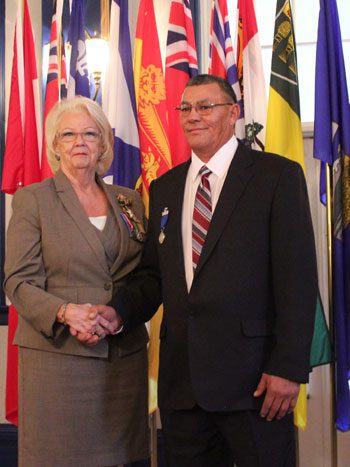 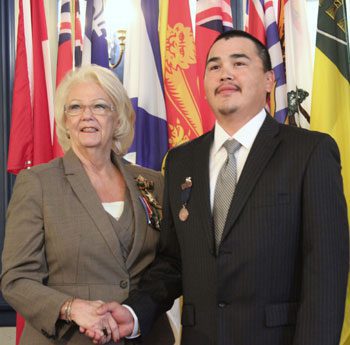 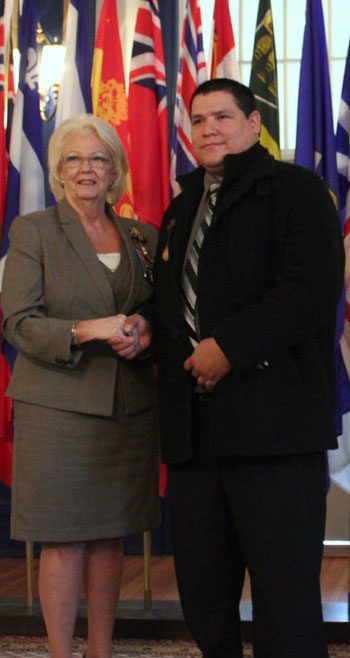 On the afternoon of January 16, 2011, when due to weather and road conditions, a head-on collision occurred between a truck and a small car near Creighton, Sask. The lone male driver in the car died on impact. The truck flipped onto its roof and caught fire. A couple was trapped inside, although only the woman had survived the impact. Larry Custer, Kendall Linklater, and Steven Merasty were travelling in the area and came upon the accident scene. There were already several other vehicles at the site, and a number of people were watching the truck fire. Larry Custer thought he heard screaming coming from the vehicle. He grabbed a shovel, ran to the truck, and opened the driver’s side door but could not see inside as there was too much smoke. He ran to the passenger side and tried to kick out the window, but it would not break. He finally used a truck jack to smash the window and was able to spot the legs of the injured woman trapped inside. Larry tried to pull the woman out, but he was getting dizzy and weak from the noxious fumes. He shouted for help as the fire intensified and the possibility of an explosion became imminent. Kendall Linklater and Steven Merasty had been shoveling snow onto the burning vehicle, but the fire and smoke kept increasing. They ran to assist Larry, who was barely able to help the woman due to his weakened state. However, all three managed to carry her away from the burning truck to safety. Kendall Linklater got blankets for the injured woman, wrapped her, and with Larry’s assistance took her to another vehicle. Attending EMS personnel transported her to the hospital and treated all three rescuers for smoke inhalation.
For his persistent heroic efforts to save an injured woman from a burning vehicle, the Silver Medal for Bravery is awarded to Larry Custer. For their assistance in the rescue, the Bronze Medal for Bravery is awarded to Kendall Linklater and Steven Merasty. 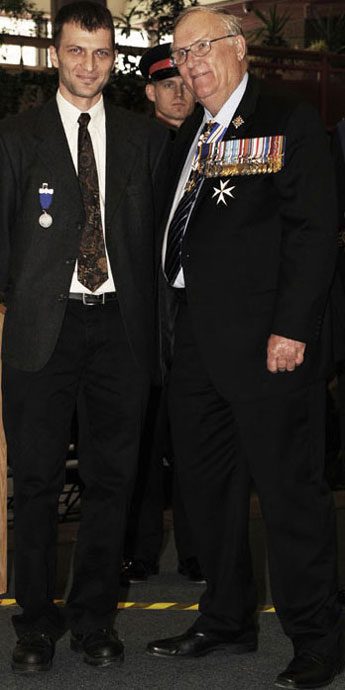 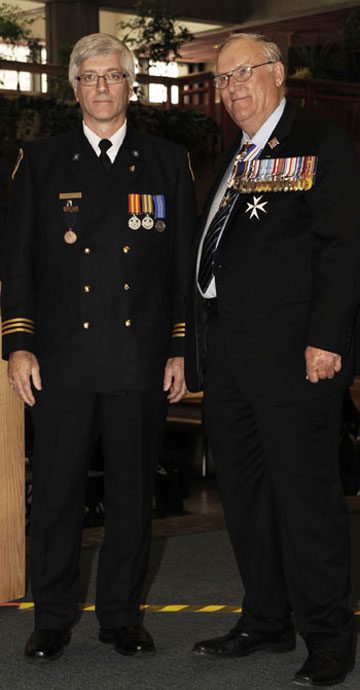 On the evening of July 17, 2010, Justin Byrne and his family were spending their summer vacation at Pyramid Lake Resort in Jasper. He and his wife were looking out of their cabin window when, due to a propane leak, the staff accommodations building exploded high into the sky. For an instant, they stood in stunned disbelief, then Justin ran down the hill while his wife called 911. He could hear people calling for help. He helped one girl out of the wreckage into the parking area, then grabbed two more girls, and, with a wall of fire blocking their way, he took them over to a stand of trees. Justin helped several more people by trying to dig them out, lifting burning or heavy debris off them, and carrying or guiding them to safety while the fire raged around them. The fire continued to spread and intensify when Justin realized it was too dangerous to continue working on his own. At the same time, emergency services arrived, and Justin informed them of the location of the victims he had saved and directed them to two more trapped victims. Paul Kennedy, a volunteer firefighter, found one of the girls under a support beam with flames licking at it. He tried to pull her clear, but she was pinned by the beam. He asked for coverage from a hose line and a chain saw to cut the beam. There was a limited supply of water aboard the truck, so it was being used sparingly. Every time the flames were doused, the steam created zero visibility and almost unbearable heat as Paul worked to rescue the girl. With only a small amount of water left, he managed to free her and pull her to safety. The building was now fully engulfed in flames.
Undoubtedly, Justin was instrumental in saving several lives that day, and for his courageous efforts, the Silver Medal for Bravery is awarded to Justin Byrne. For his efforts in rescuing a girl, the Bronze Medal for Bravery is awarded to firefighter Paul Kennedy.